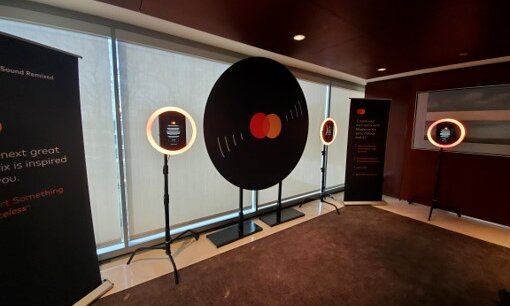 This project involved 2 different front-end interfaces: one web based, the other a native app.  Both interfaces took a picture, generated a sound clip, and mashed them together with an image overlay and sent them, via email, the the user.  The sound clip was generate using an API, a series of questions, and the Mastercard Sonic Branding.

The client, 2 weeks before their event went live, decided that they needed a moderation tool for the web specific portion of this project.  I was pulled in to specifically work on the tool.

The tool would take the image, the overlay, and 15 second audio file and combine them into one 15 second video file with sound automatically. Only after it's compiled, would the moderator have access to it. When a video is being moderated, other moderators are locked out of it. Videos can be either approved or denied.  Only if approved will an email be sent, but either way, all files associated with it will be deleted.